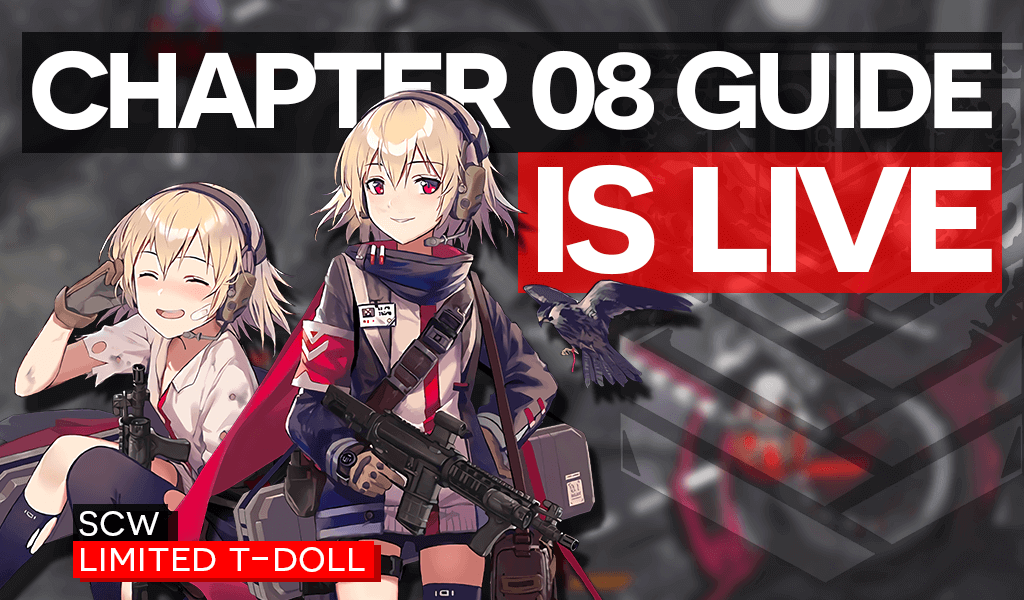 Starting with Area 8, you’ll start to see one-way paths even on normal difficulty maps, denoted by the ‘>>>’ paths. This is important to note on Area 8, since sometimes you will have to commit your echelons without a chance to resupply. You can still surround capture nodes even if the path leading to the HQ is a one-way path, and some HQ nodes will have to be captured this way.

The boss of Area 8 will be Dreamer, the same as chapter 7, but with a new attack pattern. Destroyer will also make a comeback as mini-boss unit. If your echelons are sub-optimal or do not have good equipment, I would recommend having dedicated roles for echelons such as Mobbing echelons and Bossing echelons. Against Dreamer, using Bamboo RFs without capes,  ARSMG echelons or even Exodia comps would be recommended, if you can pull that off. 5HG is possible, but only if you are well prepared.

I will be covering methods which do not utilize Fairies! If you are reading this guide later and have access to fairies, that just makes Chapter 8 lot easier!

She shoots a laser that’s similiar to Gager’s skill (Boss from AW), except she can choose which row to fire on. Spreading to X formation works well if you are taking ARSMG team to Dreamer. There are also multiple ways to skip Dreamer’s pattern with the right composition. Try out different Echelons! [Exodia, Bamboos, etc.]