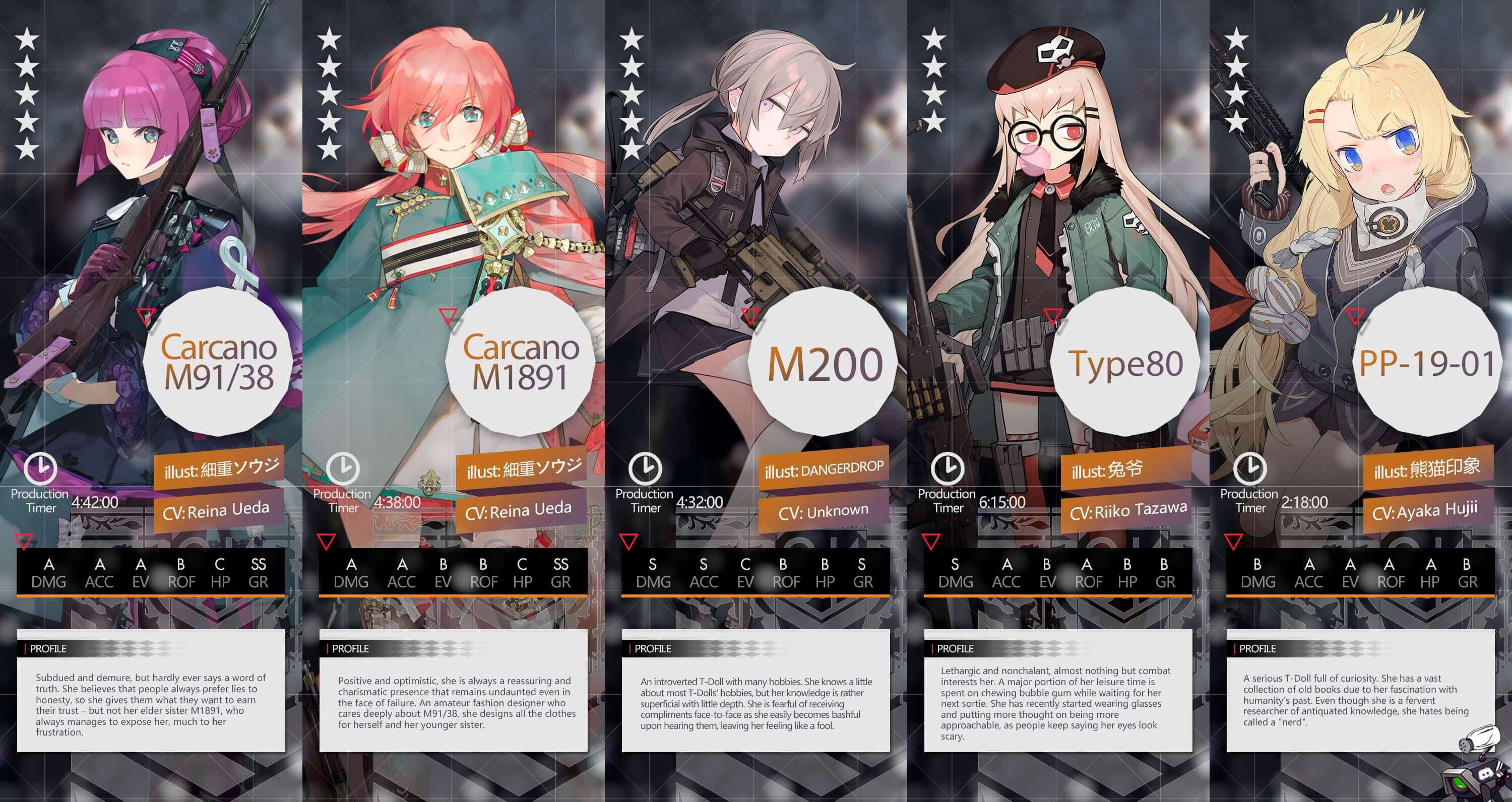 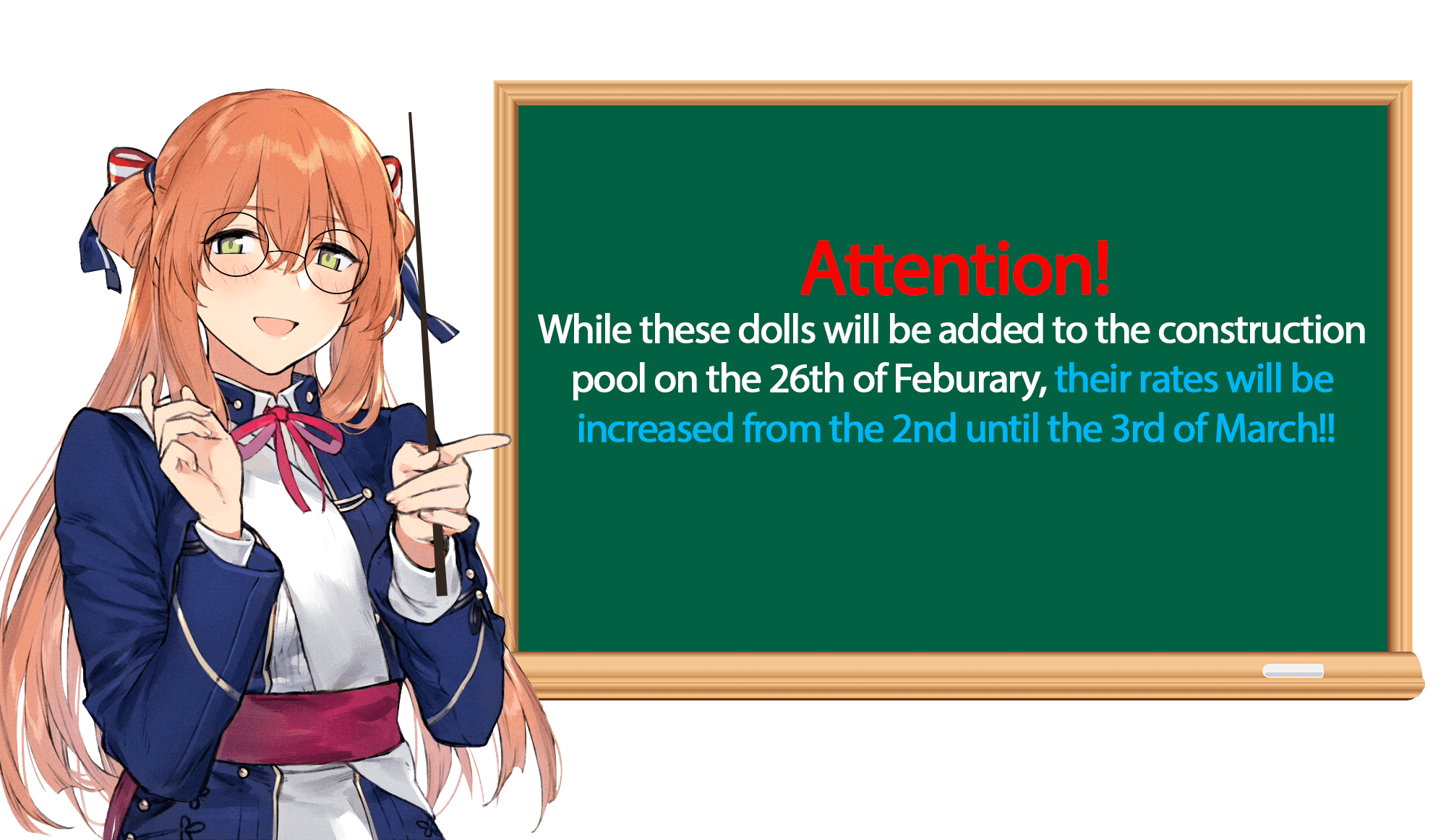 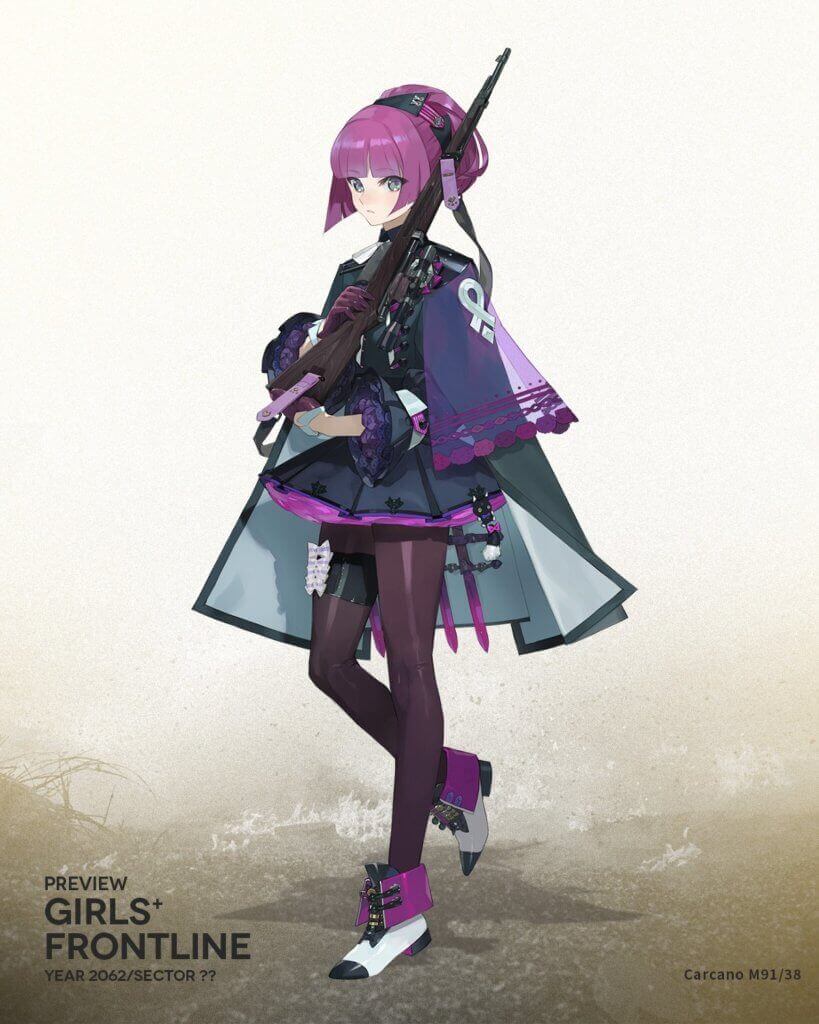 Also known as Purple or Grape. While her skill may sound insanely good (and don’t get me wrong – it is, for when it works), her usage for EN and JP’s current content is very limited. She may absolutely destroy anything that isn’t an Elite/Boss type enemy, yet in terms of our current content, general use RFs provide more uses over Purple’s sheer damage at this point in time. However, if you want to future-proof, she’ll be the first choice, and will see heavy use post-chapter 10. 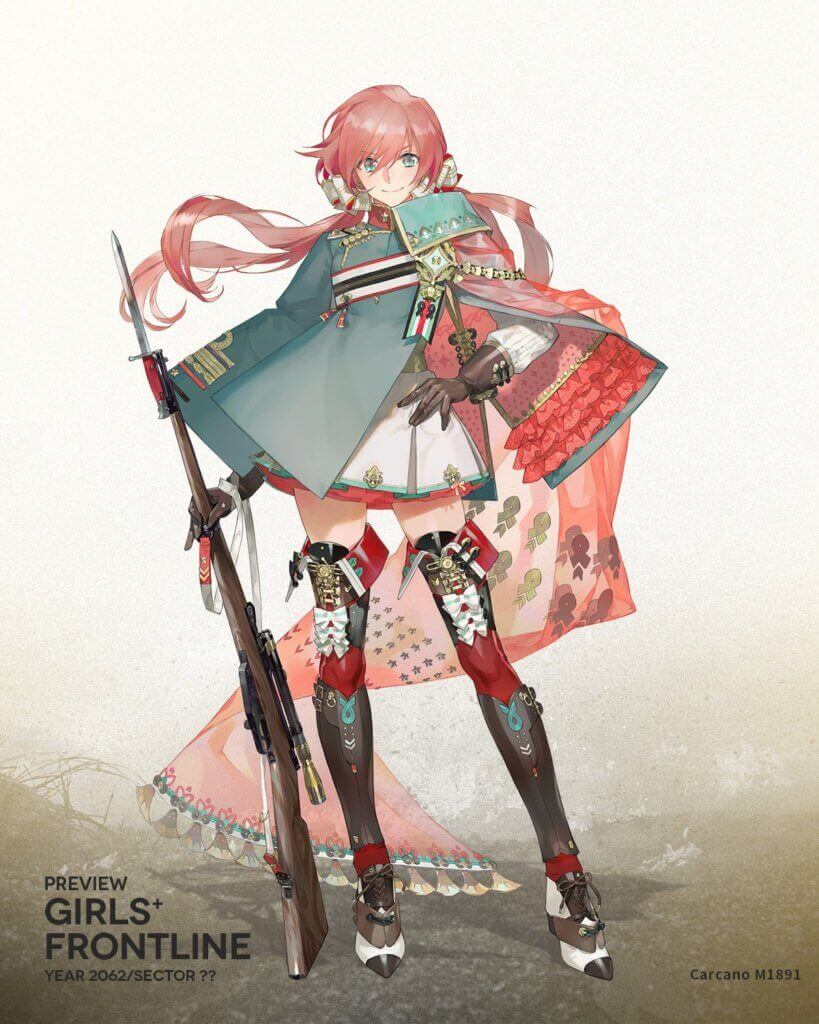 Also known as Pink or Strawberry. Her skill provides a slight buff for herself, as well as any dolls standing in her tiles. Because of this, she’s pretty niche, mainly being used to buff other units, though, she does see occasional use in formations that rely on CDR buffs and buff synergy (For example, she can be paired with Kar98 in a very niche use). While not worthy to be a focus craft, it’s best to have one levelled, just in case. 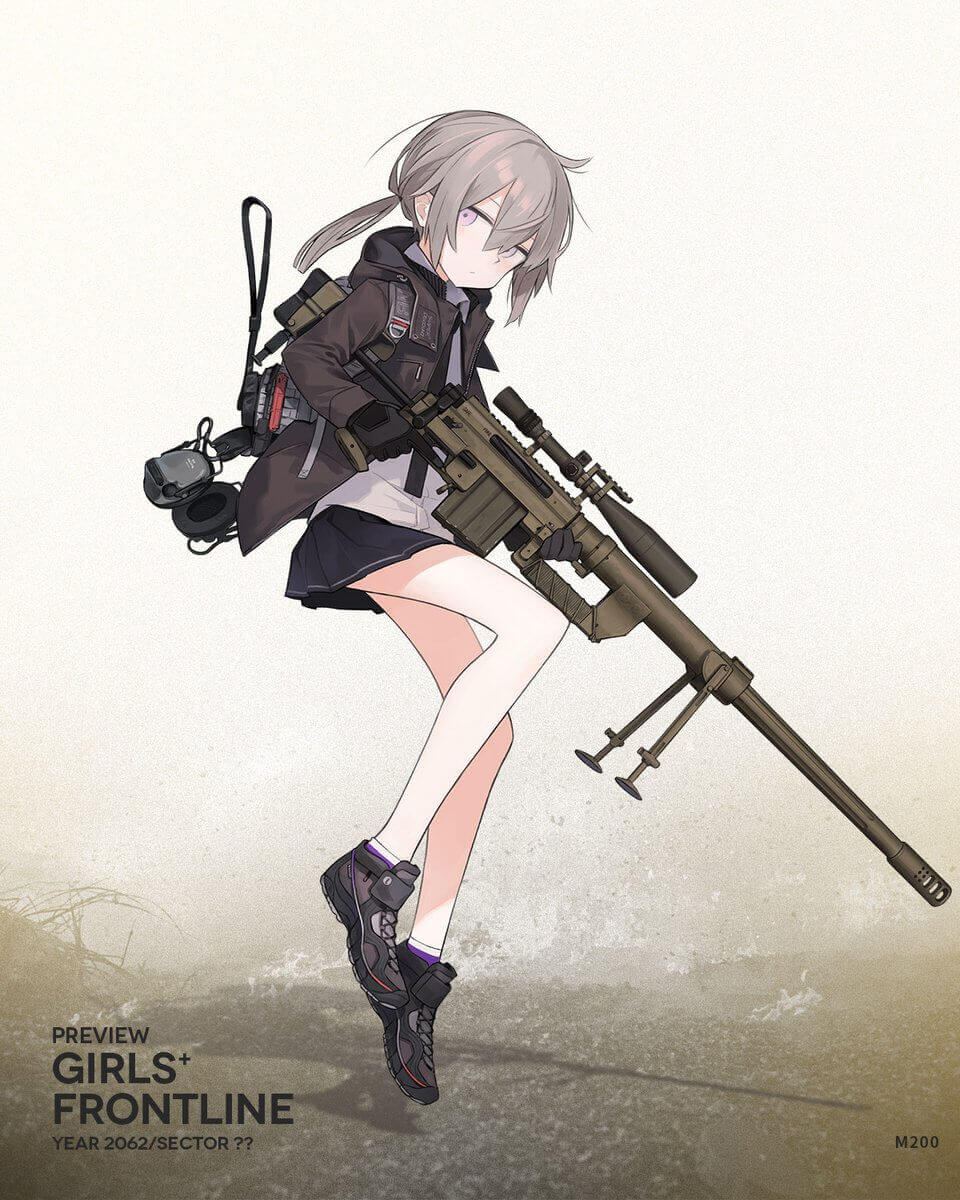 Killing Intent of the Silent

Active: Enter sniper mode for 9 seconds. After every 1.5 seconds of aiming, deal 2x damage (able to crit) to the furthest target and decrease their damage by 10% for 3 seconds. (Shots CAN crit and will NOT miss)

Ho, boy. CheyTac M200 Intervention, queen of quickscopes, 360 memes, and now EN’s pre-release T-Doll.
At first glance, she seems to be similar to Carcano M91/38 (Purple), in that she possesses the capability to actually deal with elites and regular mobs. She can be used to take out unarmored enemies at night due to her shots with her skill active not being able to miss. This trait, as well as her naturally high Accuracy will make her very useful in the future. As of right now, she will be better than Purple for most of EN’s content (yet, conventional self-buff RF’s like WA/SVD/Lee/M14 will be more revered than both of them for most of the stuff for now) and will most likely see lots of use in the future. Main thing to conclude from this; M200 is a niche RF. She won‘t be replacing anyone in your general RF-HG formations and will have her own specific uses. 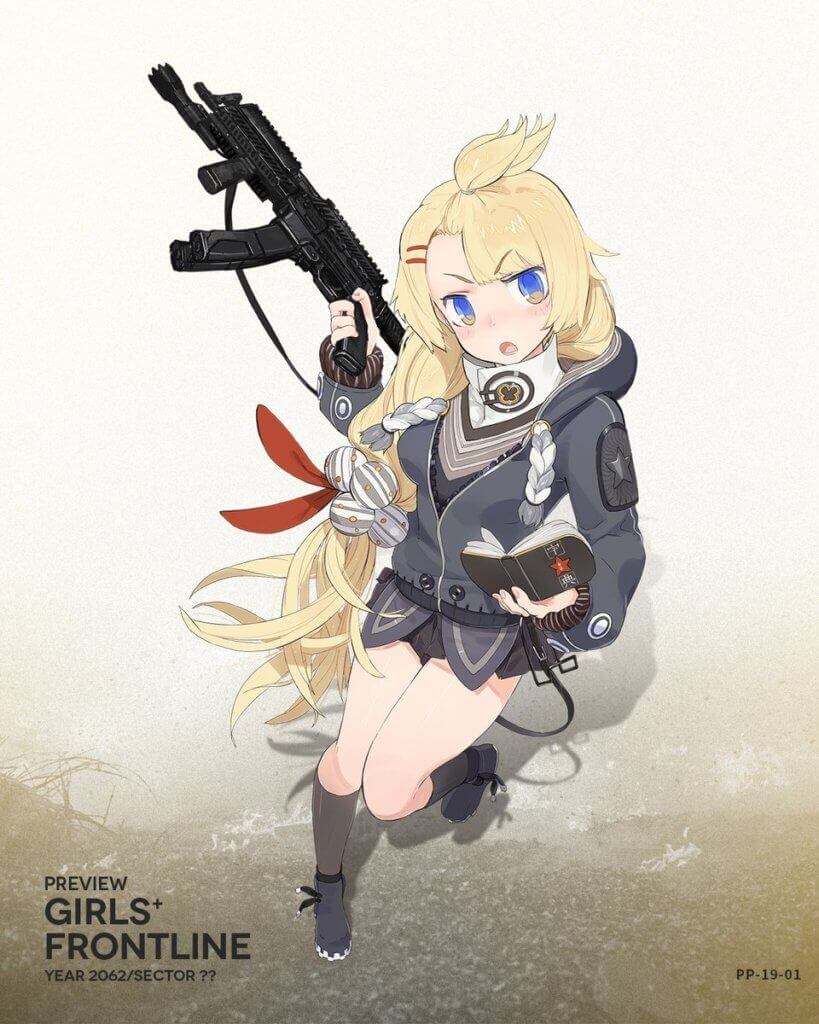 Hey, same rarity and skill as UMP45 but with RoF buffing tiles and worse coverage. Trades quite a bit of Evasion for additional HP. Solid, but I wouldn’t recommend to roll for her specifically. She might be a decent addition to FP AR echelon, especially if used with Ribeyrolles, but only after RO635 and UMP9 are up and running. 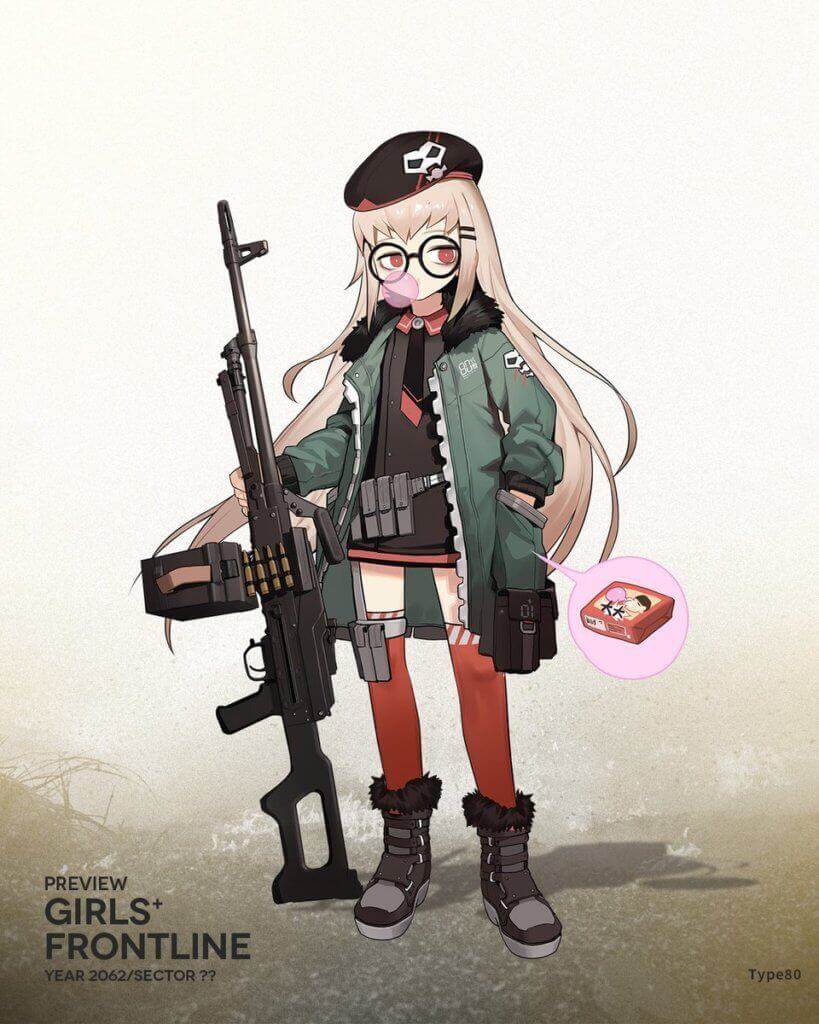 Your typical second volley MG, except she has less Accuracy than BAR and BAR will get a MOD in the future. Not recommended to craft for her specifically. While she’s decent, her perfomance falls short of the Big 4, even the Hunting Impulse MGs as well as pre-Mod BAR.